Win a Golf Break In Ayrshire

Ayrshire Golf Scotland has teamed up with Visit Scotland to offer you the chance of winning a Golf Break in Ayrshire & Arran.
You could be staying at The Marine Hotel in Troon for 2 nights bed and breakfast for 2 people. Overlooking both Royal Troon Golf Club and the majestic Isle of Arran.
Golf for 2 is also available at one of Scotland's must play courses, Dundonald Links which will be hosting this years Scottish Ladies Open.
To enter this fantastic prize draw simply click here

Posted by Ayrshire Golf Scotland at 13:28 No comments:

Golf Weeks/Weekends and Events in 2015

Ayrshire & Arran is one of the most recognised golfing destinations in the world. With Three Open Championship Courses and an abundance of top level Links and Parkland Courses, it even has golf on an Island!

Professional events such as the 2015 Ricoh Women's British Open at Trump Turnberry's Ailsa course and the Aberdeen Assets Ladies Scottish Open at Dundonald Links will see the region be televised across the globe.
But it's not just about top level Professional golf events, Ayrshire & Arran has some fantastic amateur events throughout the year. Whether you are a skilled player, a novice or just looking for some fun competitive action this year be sure to check out some of the Golf Weeks/Weekends that are available.

Events such as the Ayr Golf Week which is now in its 64th year has proven popular from locals and visitors from not just the UK but Europe also. The Girvan Golf Classic is also a popular event taking place over the links course in South Ayrshire, overlooking the iconic Ailsa Craig on the Firth of Clyde. Troon Golf Weekender is also another must, with a prize fund of the equivalent of £3500.

For the ultimate in Bucket list competitions, The Open Links Classic should not be missed. 2 nights staying at Trump Turnberry's lodges with 3 competitive rounds over the world famous links of Turnberry Ailsa Course, Prestwick Golf Club and the Royal Troon Golf Club.  This event is really an opportunity to walk the fairways of legends.


Posted by Ayrshire Golf Scotland at 14:36 No comments:

An extensive 18 month refurbishment programme is now underway at one of the most Iconic locations in world golf, Trump Turnberry in Ayrshire.
The resort will relaunch on the 1 June 2016 When the re-designed Open Championship golf course, The Ailsa, will be available to play for the first time.

In early May 2016 the Trump Turnberry Hotel will opens its doors to a newly extensive upgrade to world leading standards which will include the lavish refurbishment of all hotel bedrooms.
This project will see a partial closure from September 2015 through to May 2016 where improvements to the hotel are carried out.

The new clubhouse due to open in April 2015 along with the Golf Academy and lodges will be open throughout. The Kintyre Course which has hosted Open qualifying in the past will also be open throughout to both members and visitors.

The Ailsa course will close on 27th September 2015 until 1st June 2016. The course will undergo some exciting changes and specifics on this project are due to be released very soon.

Stay in touch with Ayrshire Golf Scotland to find out on going activity during this time at Trump Turnberry, We all look forward to seeing the finished product!

Why not play The Ailsa one last time before the exciting changes are made!


On Thursday the 11th of June 2015, play the Ailsa Championship course from the tips for the very last time before this legendary course begins a major transformation in September.

This special event will see the pin positions in the same place as they were in the closing round of the 2009 Open, as you follow in the footsteps of legends, such as Tom Watson and Jack Nicklaus, around this iconic course for the final time.

Coffee and bacon rolls will be served in the clubhouse before you tee off to a shotgun start at 9.30am, with the competition run as a stableford.

Afterwards, a buffet lunch will be served in the clubhouse to accompany a special prize giving. 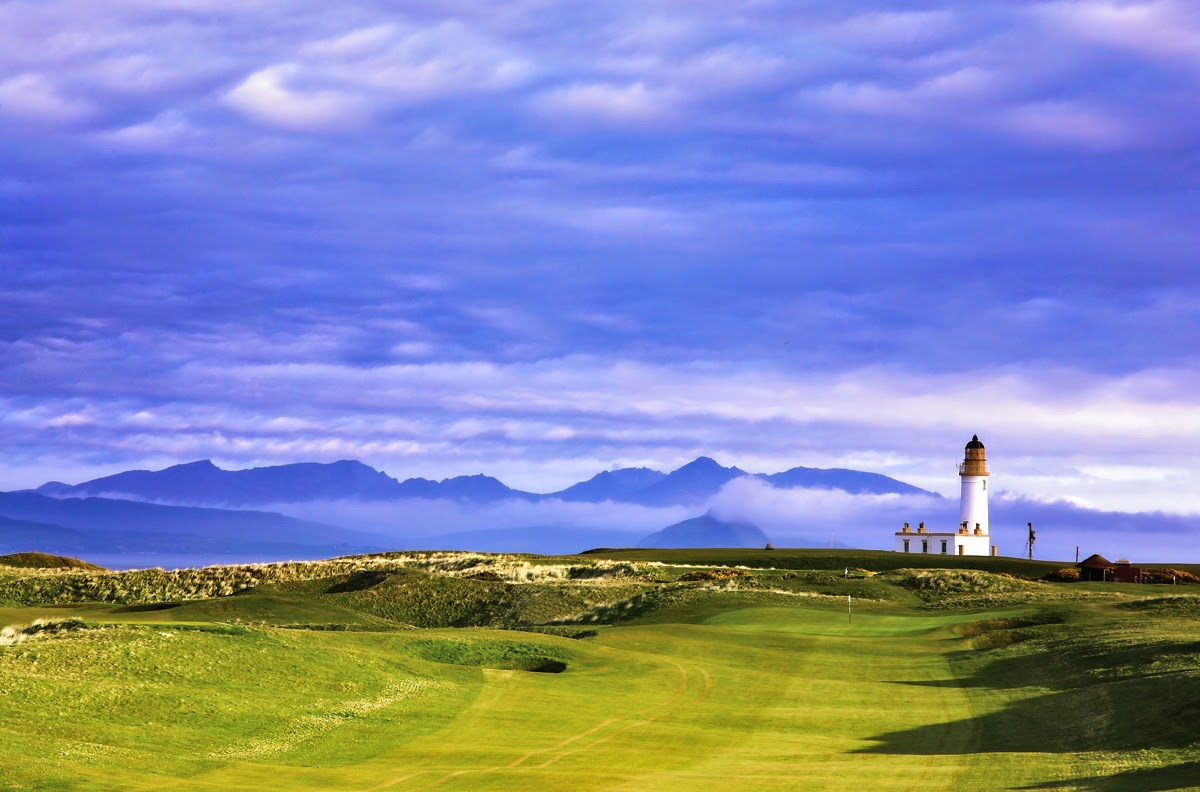 Posted by Ayrshire Golf Scotland at 11:27 No comments: