72 Hours in Ayrshire (on a budget)

72 hours in Ayrshire (on a budget)
Golf in Ayrshire on the west coast of Scotland is synonymous with some of the finest collection of golf courses in the world, including three internationally recognised Open Championship courses.  It is of course the ‘The Birthplace of The Open’ where championship golf began at Prestwick Golf Club.
There are over 45 courses throughout Ayrshire but it’s Links golf the region is best known for. You could almost play golf all the way along the coastline with just a short drive between courses, including Open Championship venues such as Royal Troon or next door at some of Scotland’s finest public links like Darley and Lochgreen.  Explore a hidden gem such as Western Gailes or Irvine Bogside all along a stretch of coastline steeped in golfing history.

If you had just 72 hours and are on a budget, what courses should you play? Where should you stay? And where is the best pubs to make a 19th hole visit? With such variety of golfing and levels of difficulty, there are great options available to the budget conscious golfer.
The Troon Links are the envy of most councils, these public links courses can be found in the heart of the golfing town of Troon and consist of the Darley, Lochgreen and Fullarton courses all offering a different style of golf. The Darley is the toughest and a true links golf test. It’s here that a certain Jack Nicklaus shot 82 in Open qualifying one year.  The Lochgreen is a blend of links and parkland and probably the most suited to the average golfer. The Fullarton is a short 18 holes course that beginners and high handicaps enjoy due to its short length. You can play these courses on the Troon Links experience which lets you play all three course for just £65! Perfect if you are in a budget but still want that Scottish Links Experience.

Fancy taking on some Championship courses? Well, three fantastic links courses joined forces to create the Ayrshire Golf Experience.  Dundonald Links (host of the 2017 Scottish Open) Barassie links and Bogside (both former Open Qualifying venues) offer the visiting golfer a pass that is affordable and extremely good value considering the courses you play.
Dundonald Links is the newest course in the Ayrshire area, designed by Kyle Phillips who also designed Kingsbarns in St Andrews.  A Tournament style links course with big sloping greens and each shot played is tested from tee shot to your approach. Feel up for the challenge? Play their back tees at over 7500 yards!
Barassie Links is Dundonald’s next door neighbour and is a more inland links where the holes are divided by gorse with smaller greens defended by deep links pot bunkers.
Irvine Bogside is the quirkiest of the three. It only has 2 par 3s and many shots where driver is not the club of choice from the tee. The signature hole is probably the par 4 5th hole that requires a mid-iron to play short of a large bunker before the fairway climbs to a blind green. The bigger hitters have the opportunity to go for the green with driver but any shot missed left or right will find gorse.

If links golf is not your thing, the area offers some great inland golf and probably the finest of them all is Largs golf club towards the north of the region.  Largs is affectionately known in the area as Ayrshire’s Augusta as the greens are like silk with azalea bushes dotted around the course. The views down the Forth of Clyde can be rather distracting! Largs Golf Club greenfees are £49 in the summer making it a great choice for budget conscious golfers.
Rowallan Castle in the east of the region was designed by Colin Montgomery. Set in a stunning estate the course weaves its way around old castles, highland cows and the moorlands is situated on. Greenfees at the club are just £20 and they will even throw in an extra hole! That’s right they have a par 3 19th hole.
Ok, so your golf is sorted but now you need a great golf friendly place to stay that won’t break the bank. Troon is always a popular spot for golfers and there a few good options here. The Old Loans Inn has won Scotland’s best small golf hotel three years in a row at the Scottish Golf Tourism awards. You could stay in a room named after Tom Watson or one of the local courses. Their breakfasts are fantastic!

In the centre of town you have the South Beach hotel which is owned and operated by Stewart Watt. Stewart is a keen golfer and a member at Royal Troon (he may even take you for a game). South Beach is a lovely traditional Scottish seaside hotel with a great bar with some fantastic local beers and ales. There has been known to be a lock in or two!
A little further up the coast you have the Gailes Hotel which is neighbours with Dundonald Links. Reasons to stay here: 1. There’s a driving range on site 2. There’s a sports bar with indoor golf simulator 3. They’re experts with hosting golf groups and will also book your golf for you just like South Beach.

We all know a golf trip doesn’t finish after the course and Ayrshire has some great 19th holes. The town of Prestwick is unofficially Scotland’s 19th hole for sure. The Red Lion is a must, it’s were championship golf was born and was a hangout for Old Tom Morris in his time in Prestwick.
The Golf Inn is another popular spot in Prestwick with a great old school style cosy pub with live entertainment at the weekends. It’s a great spot to catch up with other golfers on a trip.

Swing by Vics and The Vine on Prestwick's main street, great food, great beers and one of the best spots in town!
Golf can be as expensive as you make it, but Ayrshire offers experiences no matter what your budget might be, so come play golf in the home of golf and don’t worry about breaking the bank to do it! 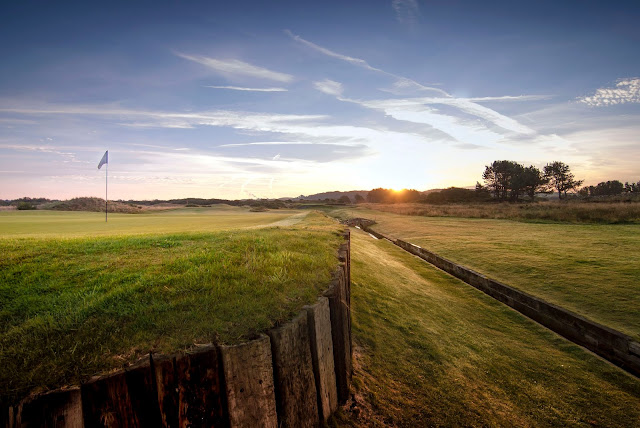 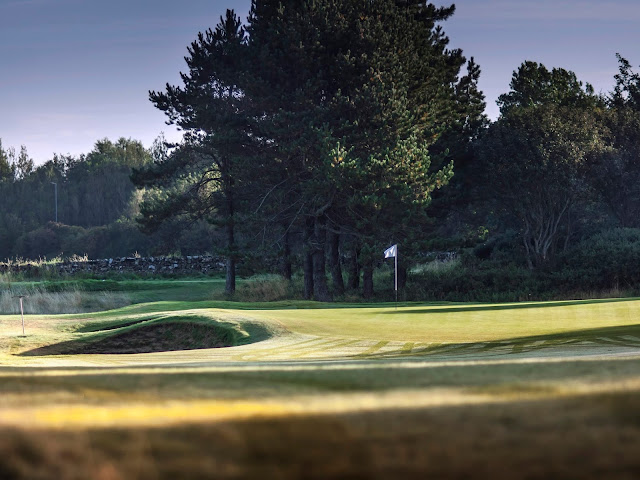